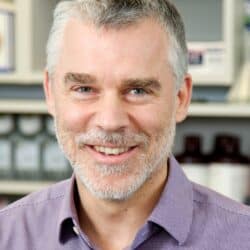 After graduating from medicine in Trinity College Dublin he completed his Nephrology training in North London in 2006. During this time, he obtained a PhD from Imperial College London, and post-doctoral time spent at Hammersmith Hospital, University of Birmingham and University College London consolidated a translational research programme focused on autoimmunity and systemic vasculitis. His research interests include novel model systems for investigating the pathogenesis of ANCA vasculitis, biomarker development and application of data science techniques to study autoimmunity. He leads the HELICAL and FAIRVASC EU consortia, which seek to apply novel data science and linkage techniques to health data. He has published over 100 peer-reviewed manuscripts and was awarded the President of Ireland Young Researcher Award in 2012. He is a co-founder and coordinator of ERN-RITA, the rare immune disorders European Reference Network, lead of the European Vasculitis Society Registry initiative, chair of the Vasculitis Ireland Network and co-founder/co-chair of UKIVAS, the vasculitis society of UK and Ireland.

Future Leadership in ICT
and Standardization in Europe

This project is co-funded by the European Union’s Horizon 2020 programme under the Marie Skłodowska-Curie Grant Agreement No. 801522